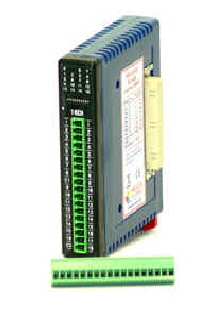 PL16DI - 16 Digital Input Module
The PL16DI module is a 16 channel digital input module. The inputs are isolated from the logic by bi-directional opto-couplers. The inputs are divided into 2 isolated groups of 8 inputs each. This allows for many configurations in which the input module may be used. One such configuration could be where one group is connected as common positive and the second group connected as common negative.

The counters operate in three modes.

In mode 0: All the counters are disabled.

In mode 1: The counters are 32 bit counters allowing a count value from 0 to 4294967295. The count value can be cleared by writing a zero to the associated registers or preset to any other value using the same method.

When the input filter is configured for > 10ms (Input Filter > 1), then the 16 counters are saved in non-volatile memory and the count value will be saved when the power fails. 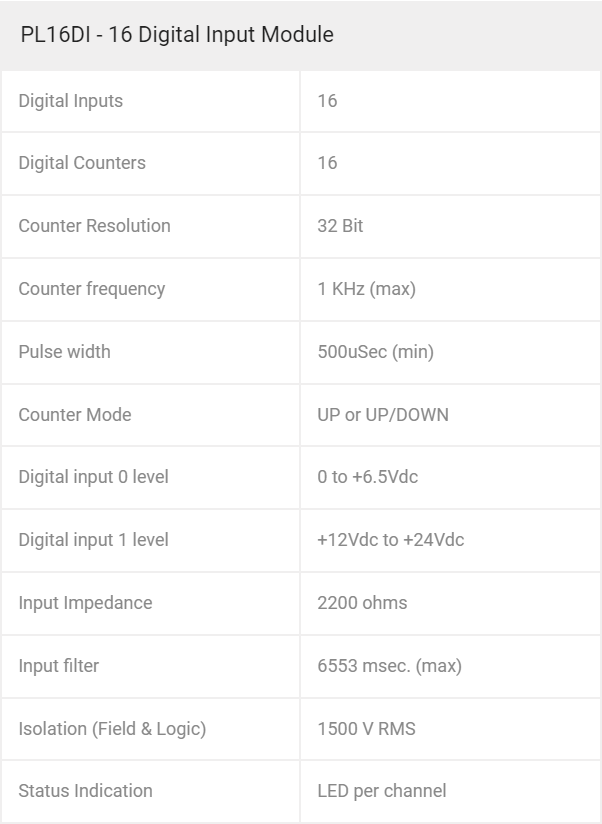